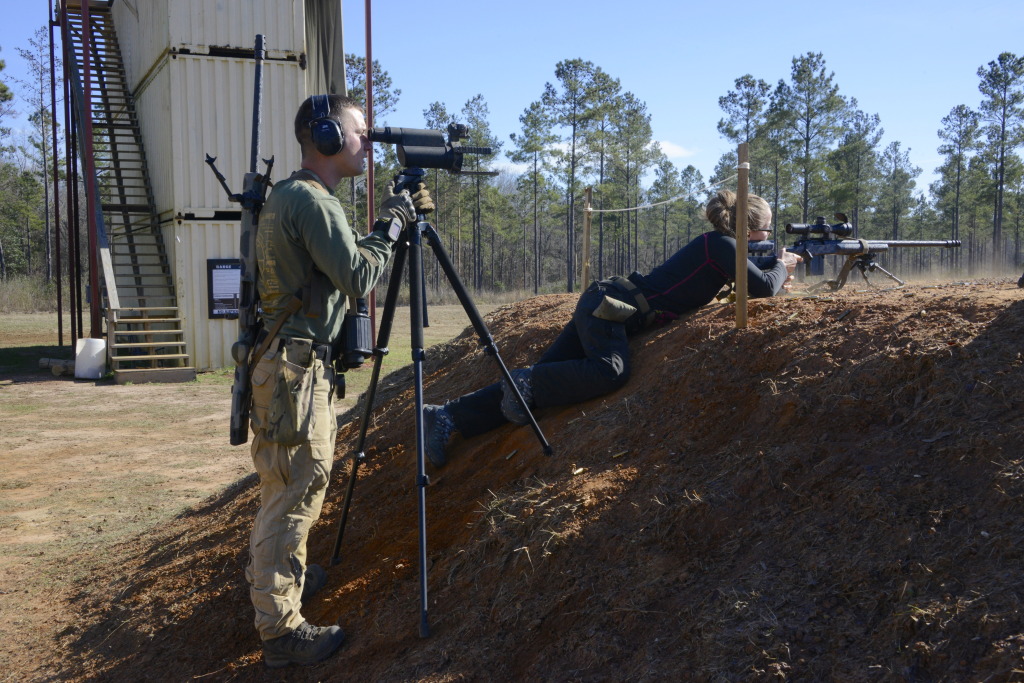 “Do you want to do Mammoth together?”

That was the simple dialogue between my husband, Daniel, and I about 6 months prior to the Mammoth Sniper Challenge of 2015. In previous years, Daniel had competed in (and won) the Extreme Tough Man division with Tyler Payne being his partner. Fast facts about Daniel and Tyler: they are both in the Army Marksmanship Unit, they each have extensive training and experience, they have shot several sniper matches together as a team, and won every match they’ve shot together. With all that being said, the bar was set pretty high for me as Daniel’s partner.

I didn’t know the first thing about sniper matches, precision long range shooting, or what Mammoth was really about. I trusted Daniel, and just figured everything would be ok and as long as I did as he said and didn’t quit. The advice Tyler gave me ended up being a recurring thought throughout the match, “Expect it to suck. You’re going to walk a lot, and every time you do, you’re going to think it’s stupid.” We did walk/ruck a lot, a total of 23 miles in two and half days. And at around the one-mile mark of each ruck, thoughts like “Why am I doing this? I could be in my bed, warm and cozy; this is stupid,” would cross my mind. I learned the match was just as much about mental fortitude as it was about skilled shooting ability. On day two, my body reached a limit of pain that was physically debilitating and mentally challenging. The decision to push through was a no-brainer, but the way I did it was to accept I would be hurting for the duration of the match and it will come to an end. 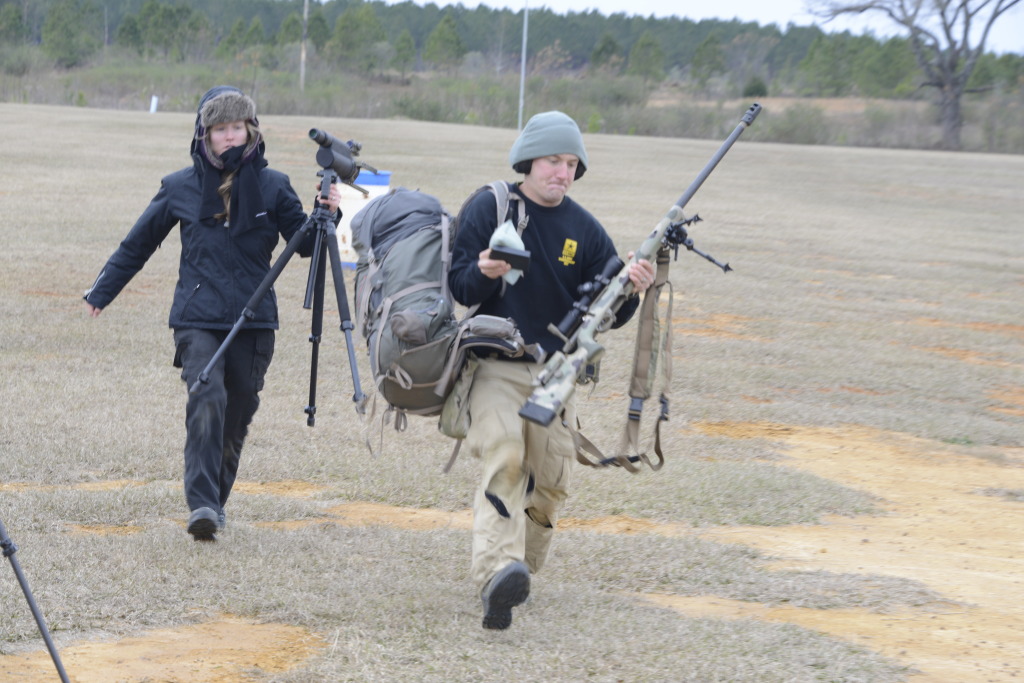 Running to a position during a stage seven. Photo credit: USAMU 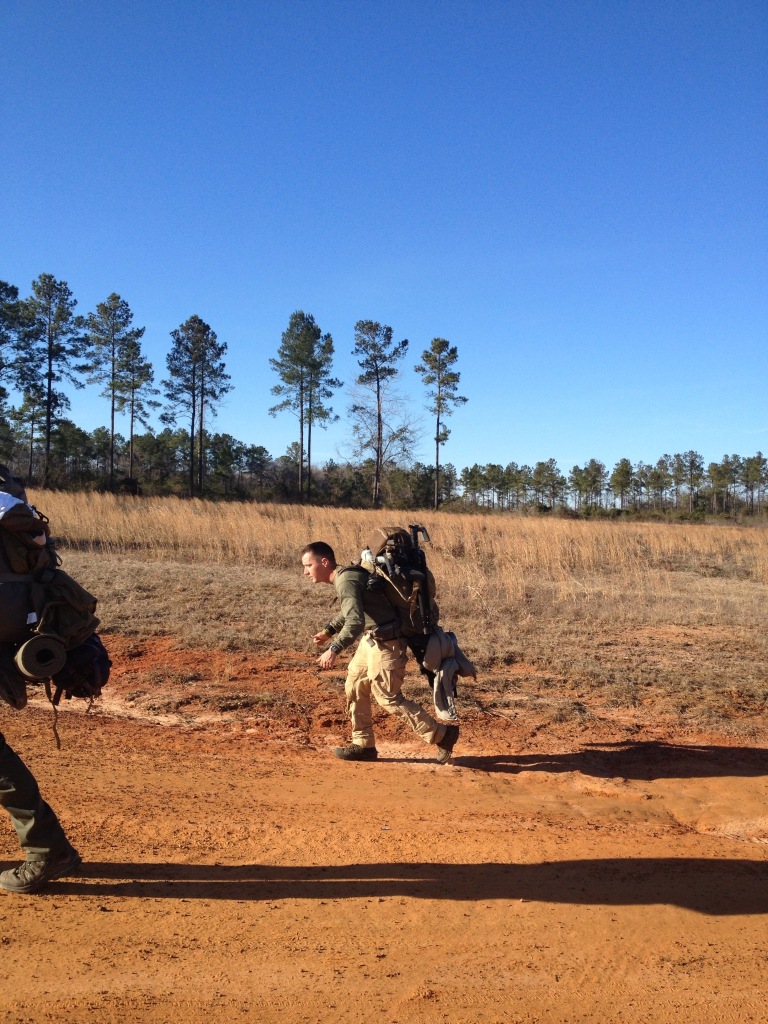 Failure was not an option. Photo credit: Joseph Niederbrach 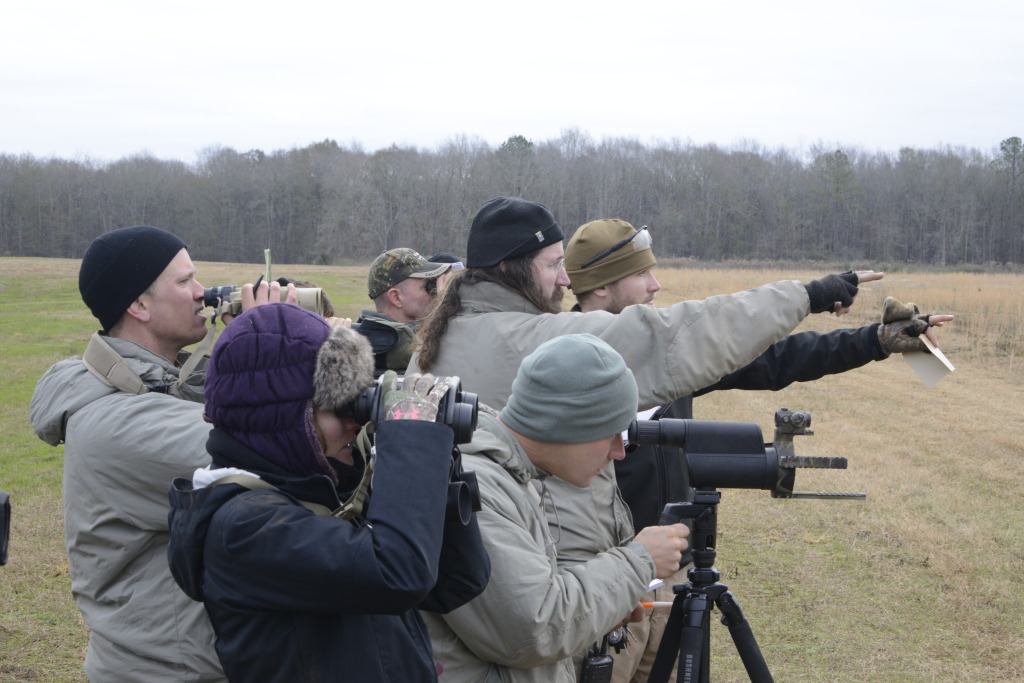 Finding our targets for our first stage. Photo credit: USAMU 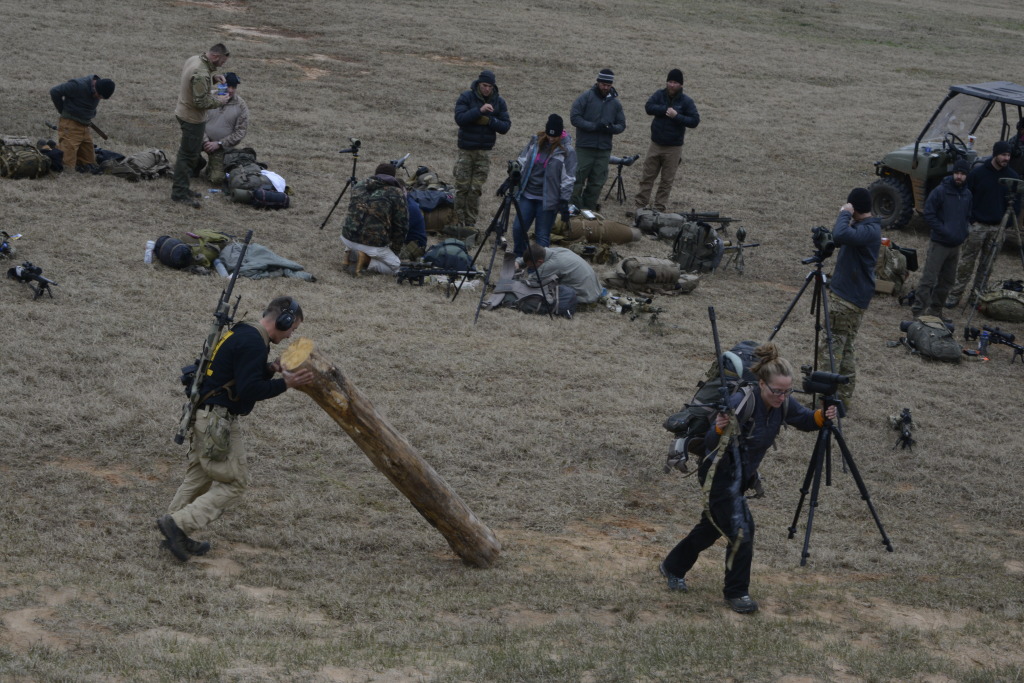 Start of a stage, Daniel lifting the log, me carrying the gear. Photo credit: USAMU

Daniel carrying the log up to our shooting position. Photo credit: USAMU 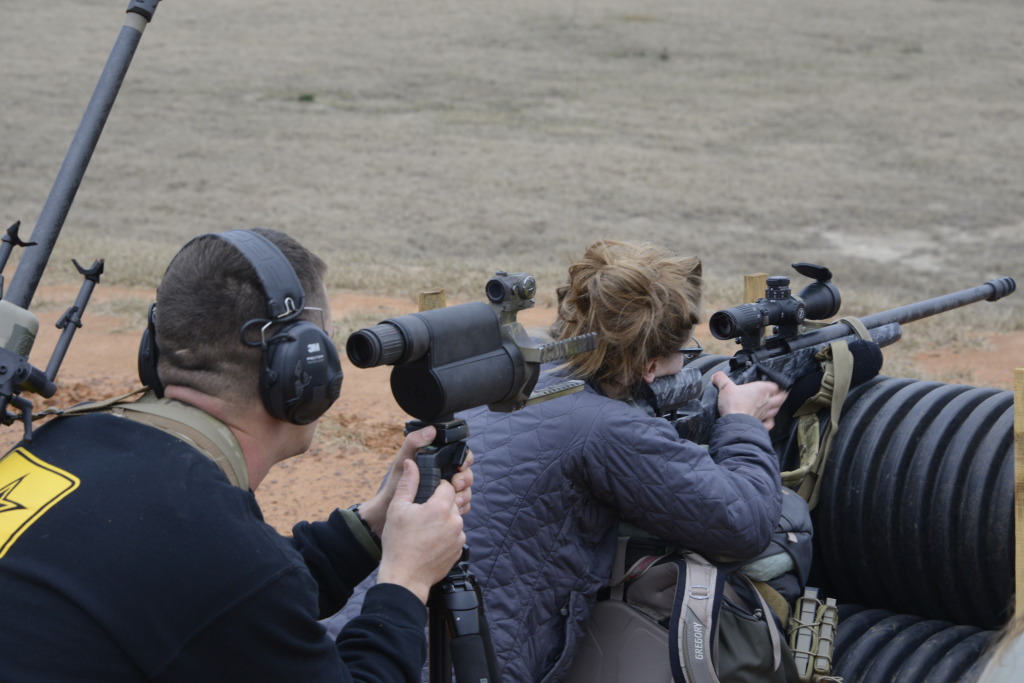 Post-match pic with our rifles.

Tips if you plan to shoot Mammoth: 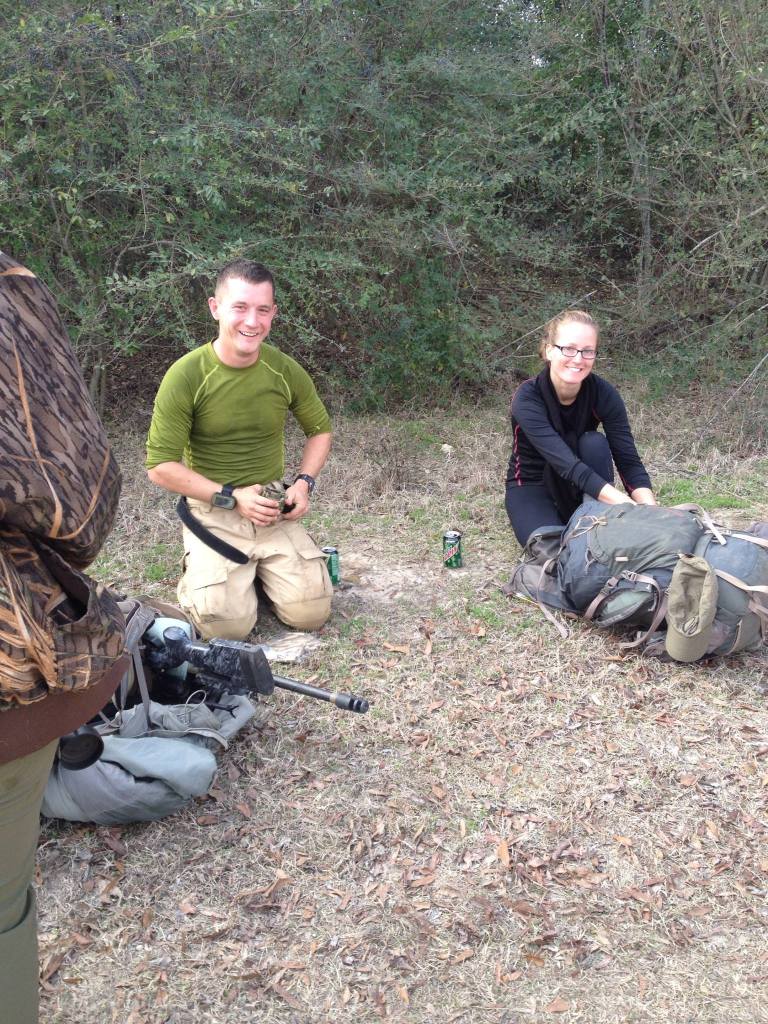 Get the run down on our guns and optics: Precision Guns and Optics: A Winning Combo

Read another competitor’s AAR of the match: Click HERE 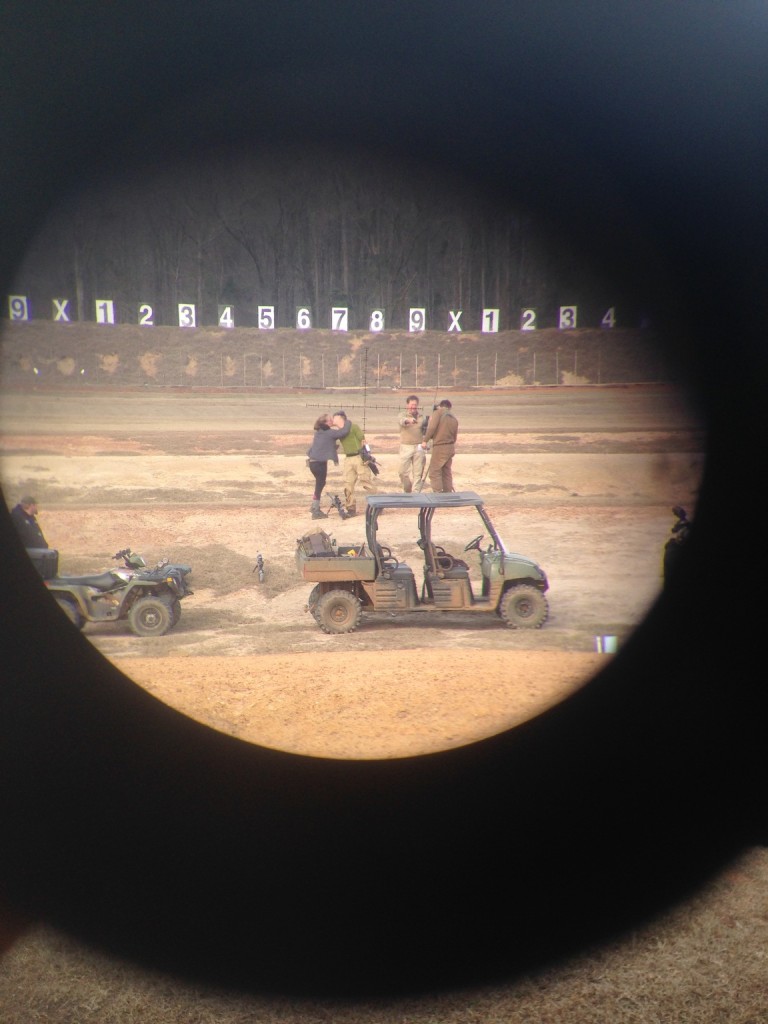 My favorite picture. An RO caught this moment through a spotting scope after we won the shoot off.

I rested every opportunity I could. Photo credit: Mammoth Sniper Challenge 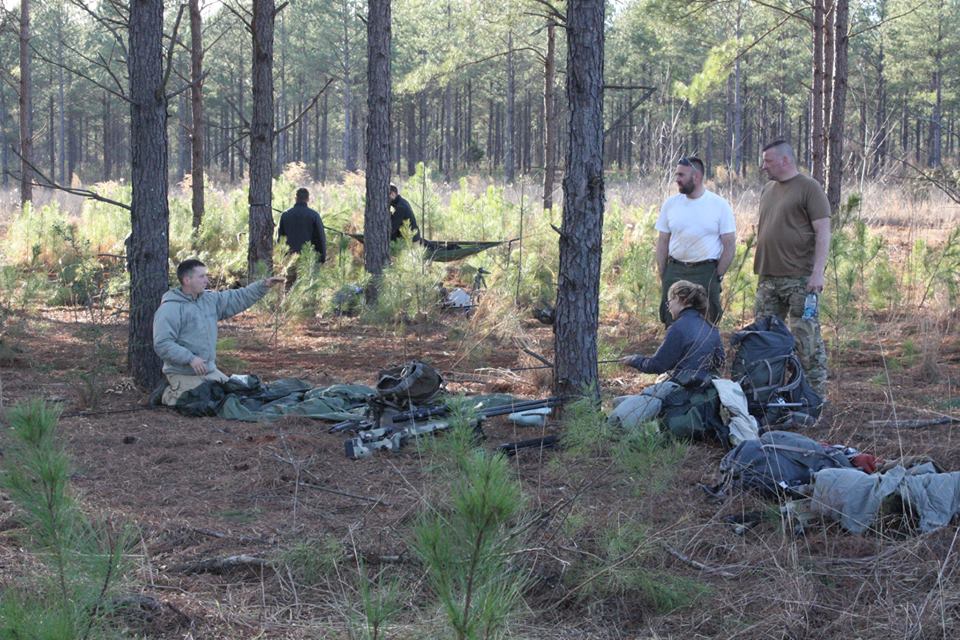 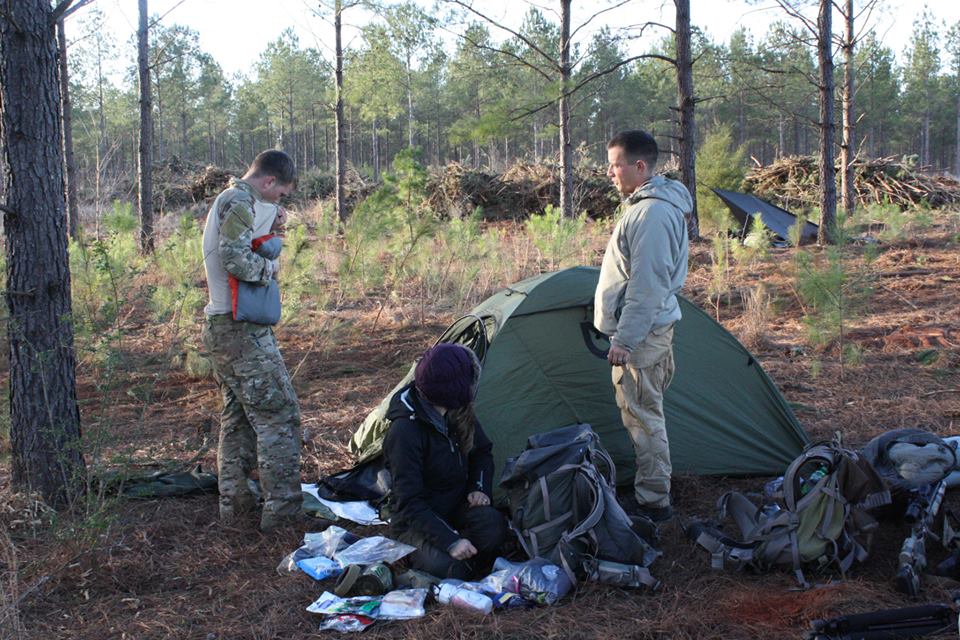 Reorganizing my pack and getting ready for rest. Photo credit: Mammoth Sniper Challenge 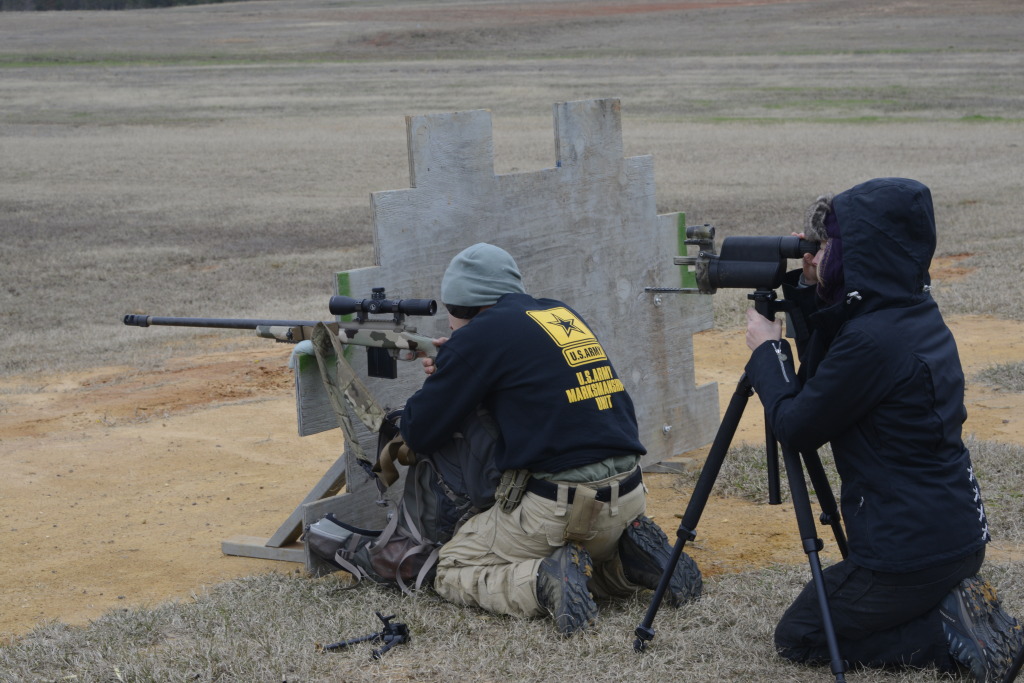 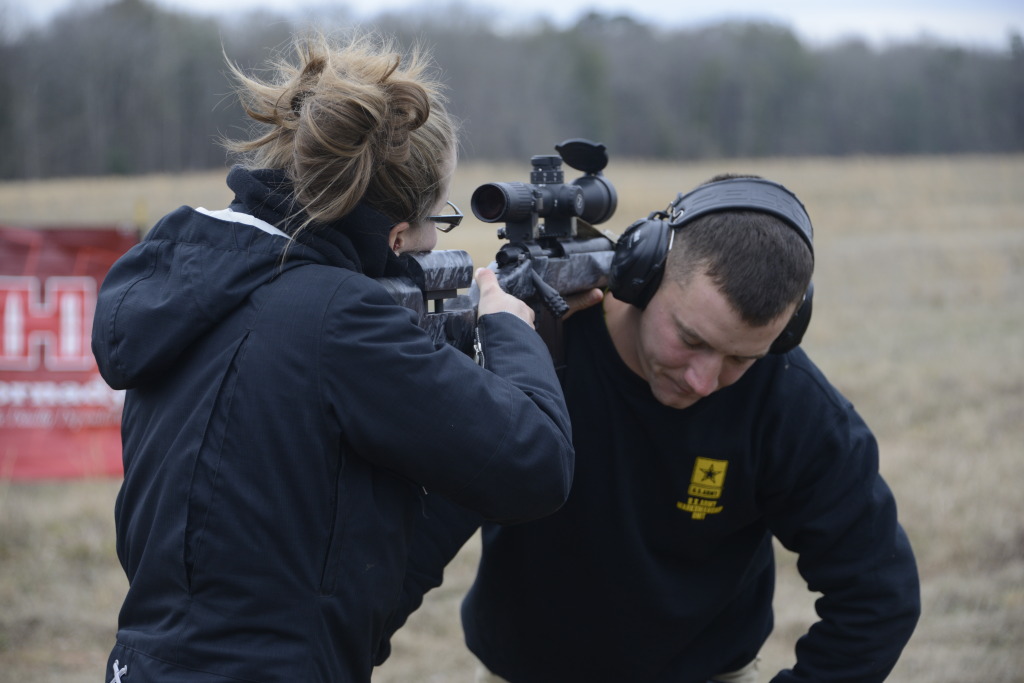 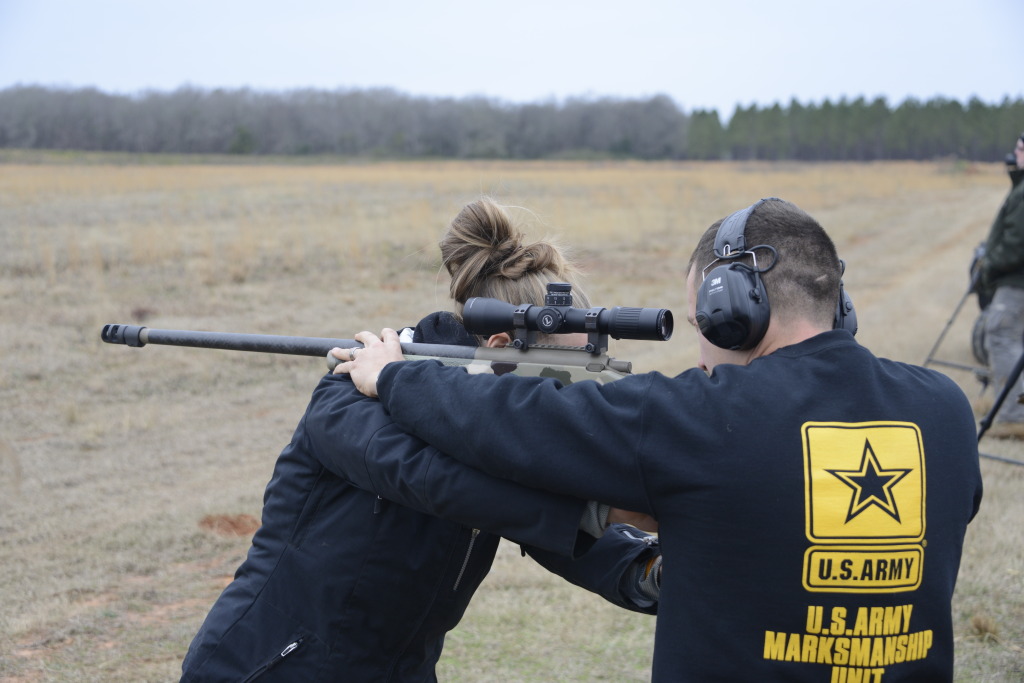 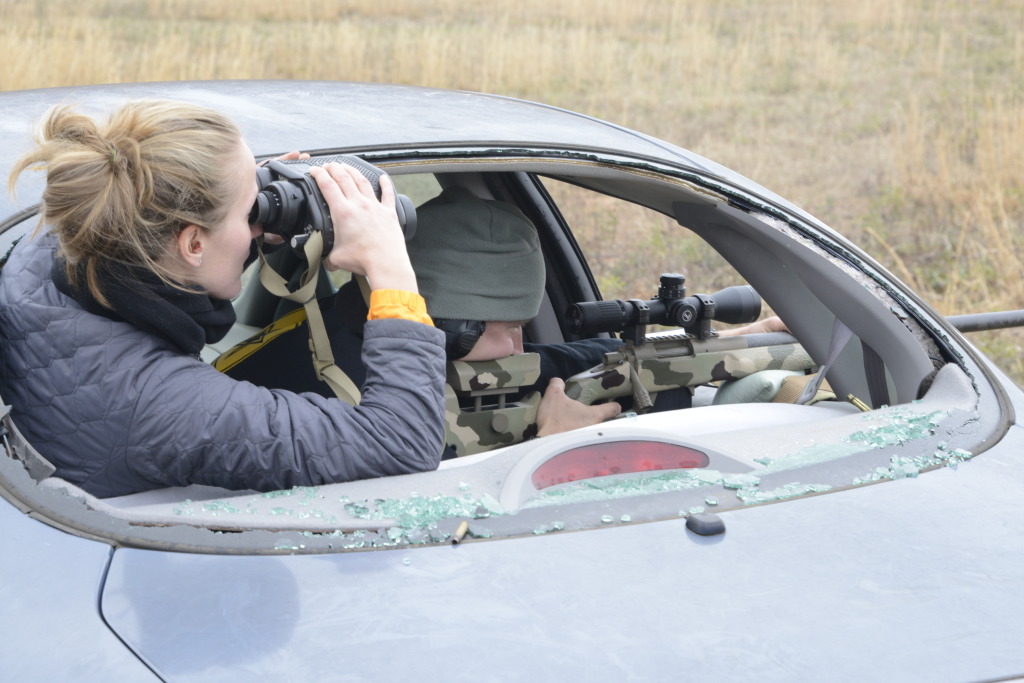 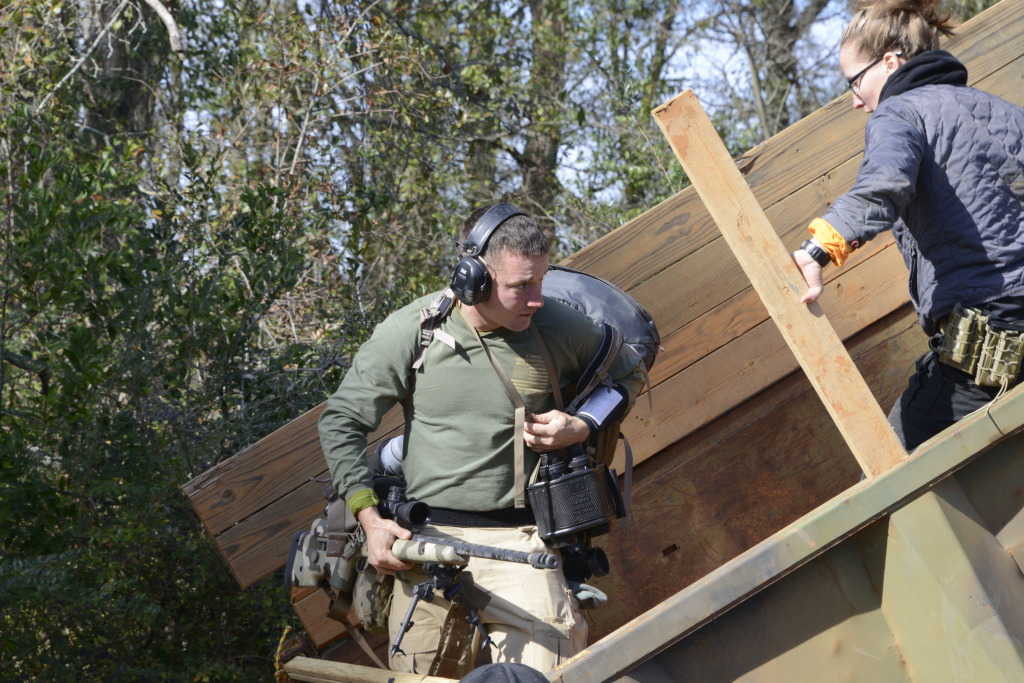 Jumping into the back of a dump truck to shoot from. Photo credit: USAMU 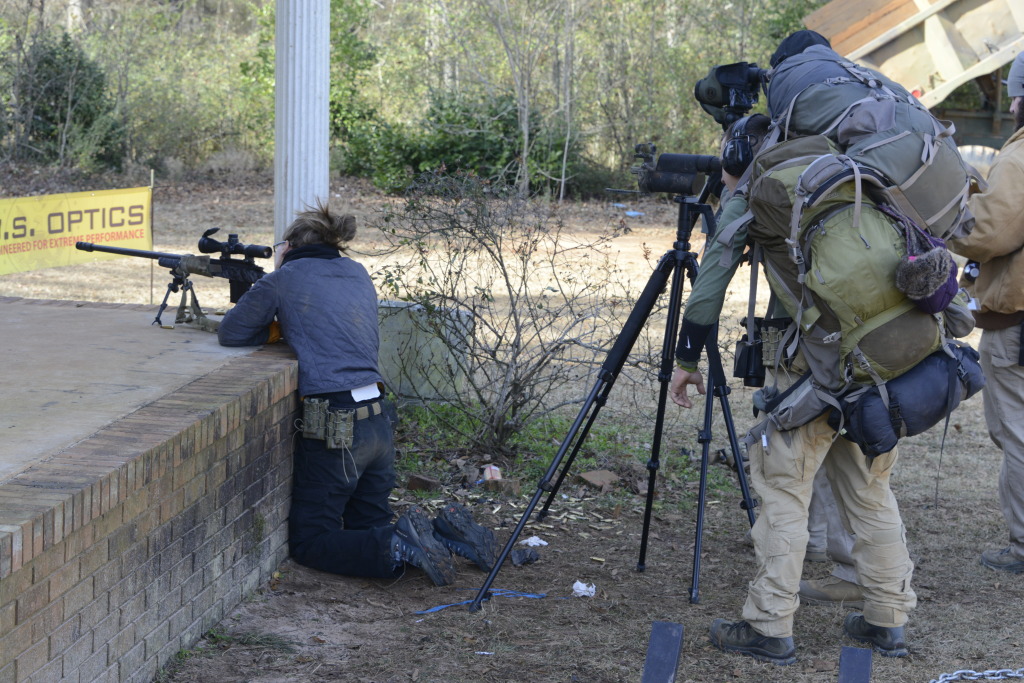 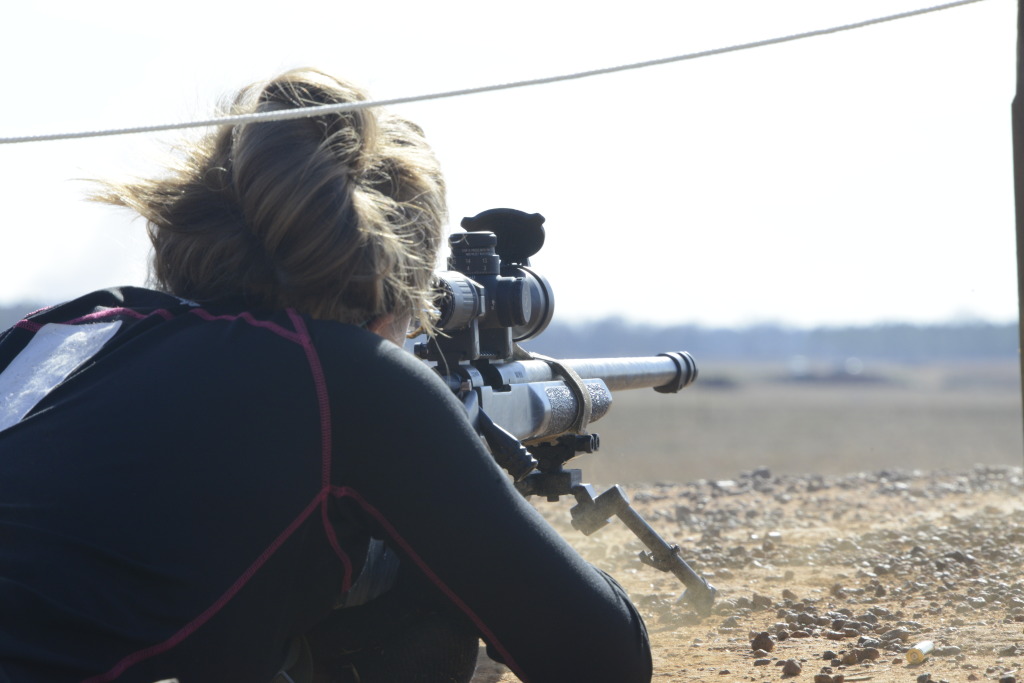 We walked away with great prizes. Big thanks to the Sponsors! Photo credit: Mammoth Sniper Challenge

For more pics from Mammoth, check out the album on Facebook.

Stay tuned for one of my next posts about the gear and supplies we used.